How to Cook a Steak

For steaks thinner than 1 cm, it doesn’t really matter what how you cook it so long as you don’t over cook it.

Most people do it wrong when it comes to cooking a thick steak. First they sear the steak at high heat in a misguided effort to “lock in” the juices, then they reduce the temperature to medium until the steak is done. This causes a few problems because it’s very hard to control for doneness, it’s easy to overcook, and the high heat in the beginning causes the meat to contract and squeeze out juices. You end up with a steak that looks like this in cross section: 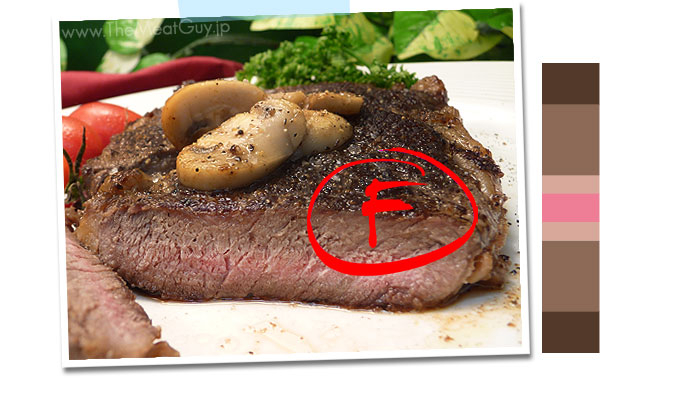 That often gets called medium rare but it’s not really medium rare, it’s a steak that cooked partly well done, partly rare, and a little bit medium rare.*see further down

3To properly cook a thick steak to medium rare,

the backwards sear method is one of the best:

When you backwards sear a steak you start by cooking at a low temperature, if grilling then cook over indirect heat, if pan frying, then use the lowest burner setting.

Flip the steak often and move it around so that it slowly and evenly absorbs the heat. The goal is to gently take the steak from room temperature to about 52°C. Depending on the thickness of the steak, and the heat source, this could take 20 or 30 minutes.

When the steak is ready, finish with a short sear on all sides on heat that is as high as you can get it. You can even use a blow torch if you want it. This step forms a tasty crust when proteins undergo the Maillard reaction, which is similar to caramelization, and gives meat greater complexity of flavor.

Finally, the steak should be removed from the heat and allowed to rest. While the steak is resting, the temperature will continue to rise, hopefully plateauing at 55°C before starting to fall. Resting also allows the proteins in the steak to relax and lets the water redistribute so that the juices don’t all run out when you carve.

All steaks should rest for at least 10 minutes, thicker steaks for longer times. If all goes well, when you cut into the steak, you’ll have something like this: 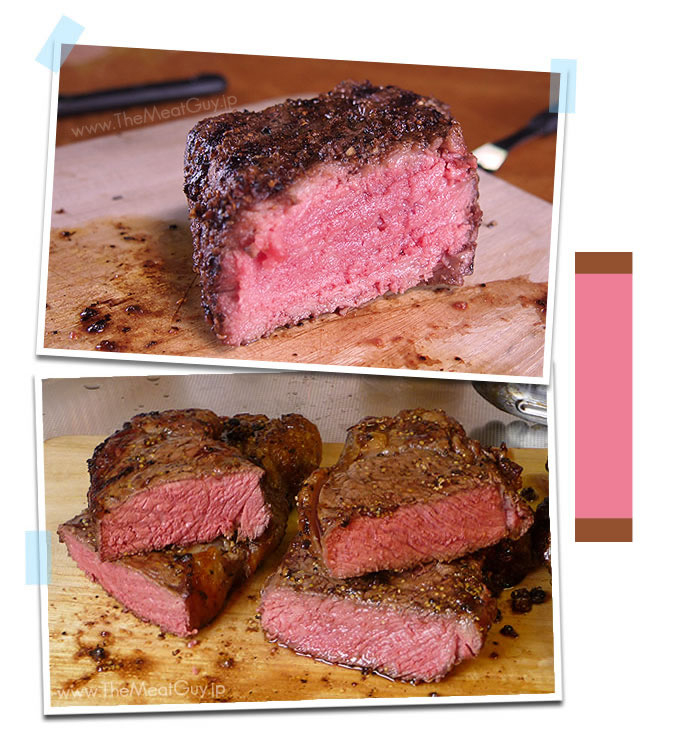 There are some good reasons for only serving steak medium rare: At 55°C, which is medium rare, several things happen. The meat firms up, going from “raw” to “cooked”; and fats begin to render which give the steak it’s flavor. Steak that is undercooked can taste good, raw meat tastes good, but tataki and tartare are not steak. Steak that is cooked beyond medium rare is only growing tougher and less juicy with every extra degree.

*The only acceptable doneness for a steak is medium rare. If you, or anyone you know, likes your steak cooked to a different level of doneness than medium rare, then you are wrong and: