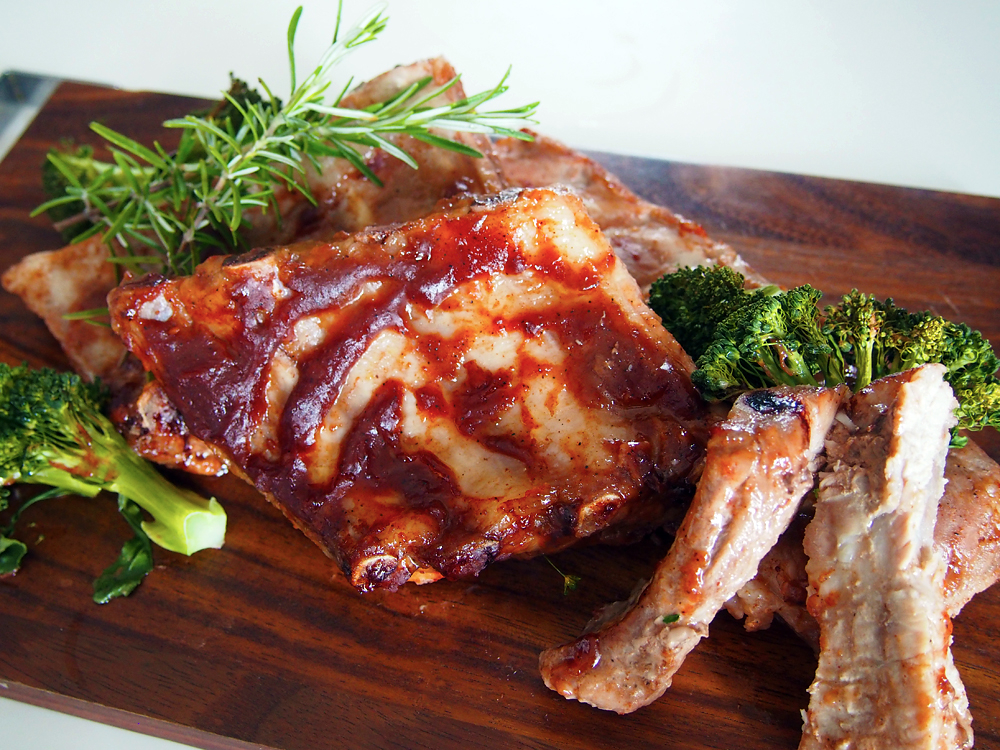 Why settle for anything less than the best? Having the right types of meat is just as essential as knowing how to grill it! You can’t have a winning BBQ with the meats that you can buy at your local supermarket. Here’s a meat set that pros love and recommend! 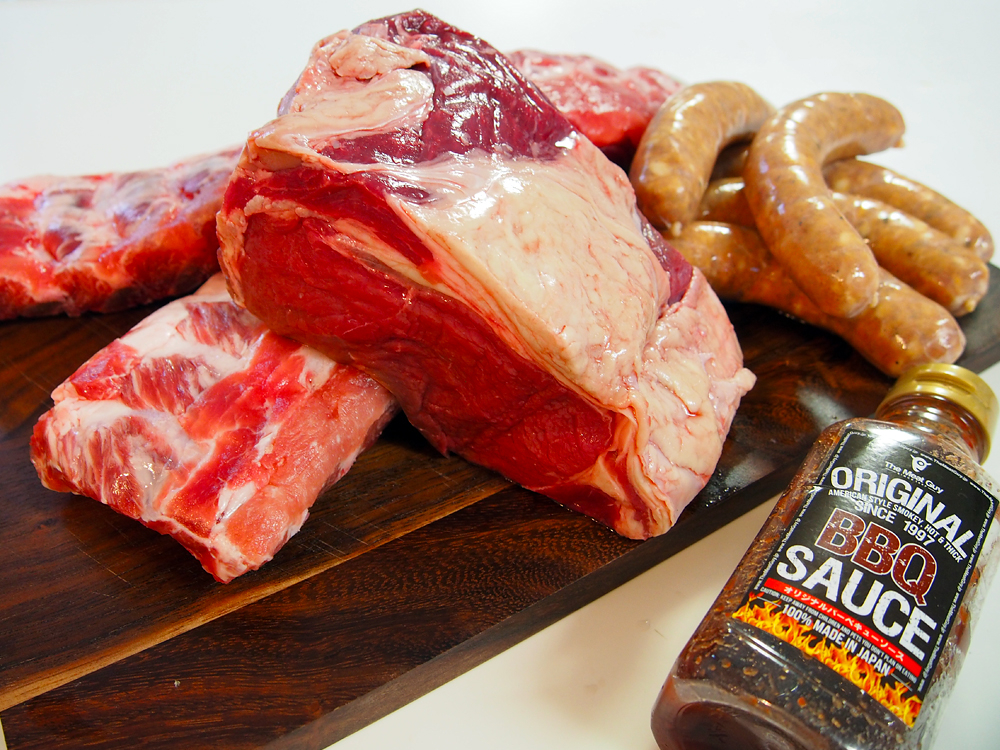 You want to be able to have a variety of flavors and textures when you’re at a BBQ. This「Barbecue Set A」contains just the right selection of meats!

The set includes a 1kg block of beef striploin, 2 racks of pork back ribs – approx. 1.2 kg, spicy sausages – 5 pcs., and a bottle of The Meat Guy’s original BBQ sauce. The meat alone weighs about 2.5kg and is good for about 4-7 people… Now add some veggies and seafood on there and you’ll be ready for a full-on cookout!

Just looking at these babies sizzling on a grill will surely get your appetite going! You can cut the meat before grilling or grill it as is and lock in all the juices. Get ready, your next BBQ is bound to gain all the hype!

Preparing for a delicious BBQ… 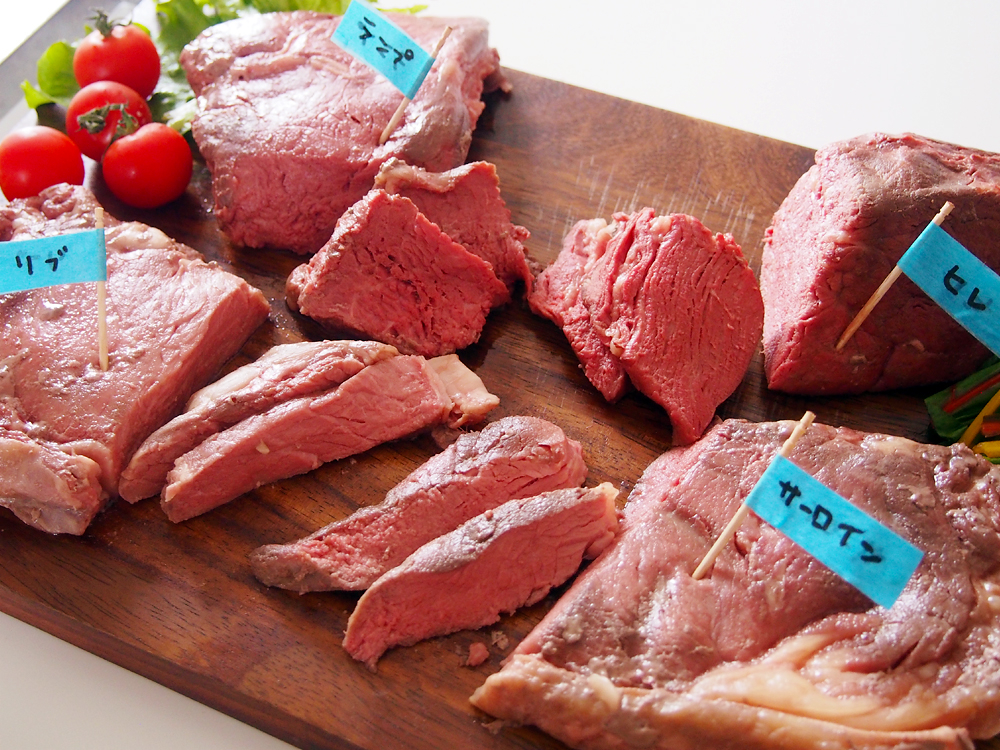 Most of the meat sold by The Meat Guy comes frozen. Therefore, the key to delicious meat starts right from the beginning: thawing meat the right way. The best way to thaw meat is to do it slowly in your refrigerator. The time it will take to thaw completely will vary depending on the thickness of the meat. Patience is key.

The 1kg striploin block will take about 2 days to thaw fully in the refrigerator. The pork back ribs have bones, but aren’t so thick, so it can thaw out in about 12 hours. The spicy sausages are a bit thicker than your usual sausages, but usually takes around half a day to a full day to completely be thawed.

After thawing completely, cut and season the meat as you like. To avoid any food-related illnesses, make sure to cut the meat on a clean cutting board. To be 100% sure, use different cutting boards when preparing vegetables and meat. Disinfect your cooking tools using a food-grade alcohol disinfectant spray and make sure to clean as you go for additional safety.

As the meat temperature reaches room temperature, more types of bacteria tend to grow and the bacteria that cause food poisoning become more active. When transferring meat to the grill area, make sure to transfer in a cooler to keep your meats cool. Also, make sure to keep the meat cool until just before cooking to slow down bacteria growth.

The meats included in this BBQ set have had a bit of a bad rep when it comes to being viewed as hard to cook or handle… However, it doesn’t really take much time and effort to prepare, so let go of your old beliefs about these meats! Simply follow the directions and you too shall be a BBQ pro! Check out these simple recipes and most importantly, have fun! 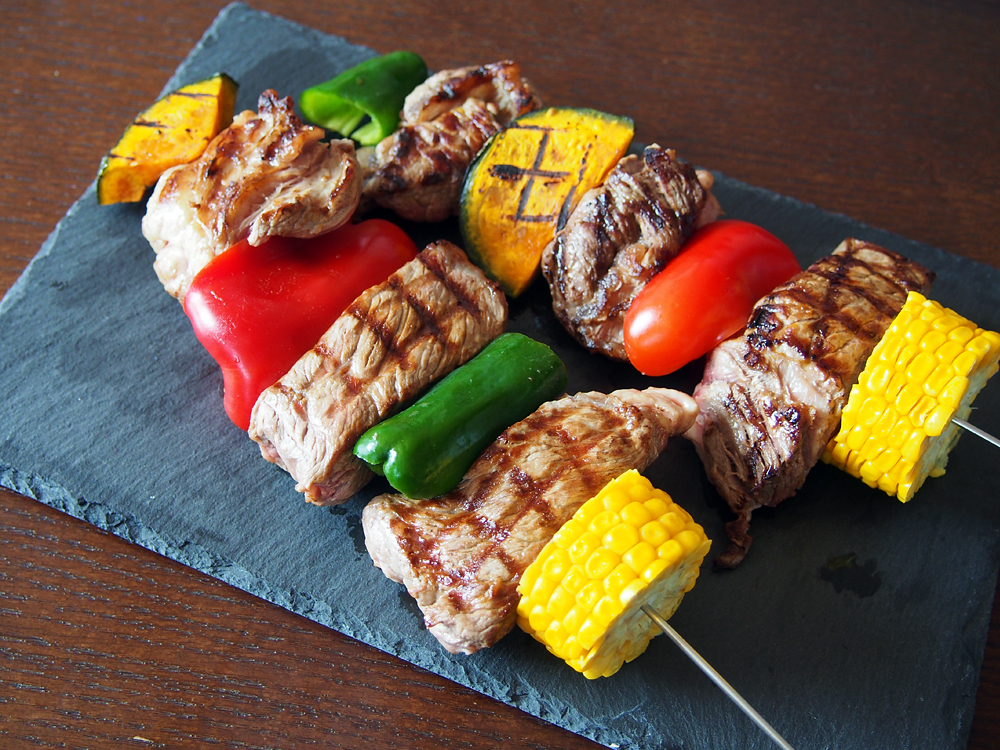 For those who are having trouble getting around the overwhelming size of the huge 1kg striploin block, here is a quick skewer recipe! Easy to make, easy to eat! Why bother grilling meat and veggies separately, when you can just thread them on a skewer and make life simple! It looks great too… Perfect for the ‘gram!

To make the meat easier to cut, thaw the block of meat in the refrigerator for about 12 hours. Once it’s half-thawed and easy enough to handle, cut it to your desired size and thickness. (Around 4cm² cubes at 1.5cm thickness is what we recommend.) Of course, it’s ok to place these cubes back in the fridge while prepping your other BBQ goodies.

Cooking is very simple. Once you have both meat and veggies ready, simply thread them on a long BBQ skewer, season with salt and pepper then grill! Pro tip: for vegetables that take longer to cook than the meat, boil/cook them beforehand! This way, the meat and veggies finish cooking at the same time. Also, cutting the vegetables into bigger sizes will photograph better than those that are cut smaller. Bigger is better on this one!

After thawing the pork back ribs completely, cut it into a length that can fit in a resealable plastic bag. Double-bag it to avoid any leakage. Put some of our original BBQ sauce in there, enough to cover the back ribs entirely. Now just leave that in the fridge to marinade overnight, then grill! The BBQ sauce alone will give this baby enough flavor!

The sauce burns easily, so make sure to grill it on low heat. When serving, aim to cut in between the bones with kitchen scissors for ease. Of course, if you prefer a more simple flavor, you can also just season both sides with salt and pepper while grilling. 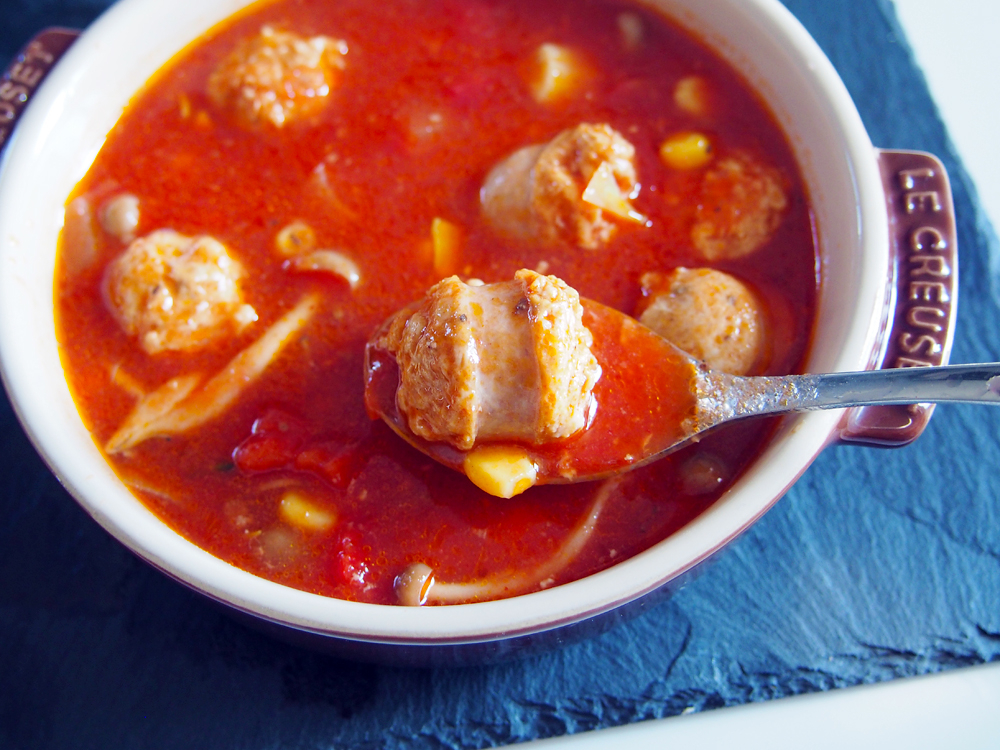 Grilling sausages as is will allow you to enjoy that crisp outer skin and juicy inner meat, but on cold camping nights, you’ll want something a little extra to warm you up… Enter this comforting stew! Simple, hot and delicious!

After thawing, cut the sausages into bite-sized pieces with a knife or kitchen scissors. Chuck ‘em in a Dutch oven and fry with a bit of oil and diced onions (1 piece). Add a can (400ml) of tomatoes, then fill the same can up with water (400ml), swish it around and pour in the Dutch oven. Season with salt and pepper to taste, and you’re good! Such a simple way to maximize the flavor of the spicy sausages!

Conquer your next BBQ!

If you’re only having some of your closest friends over for your next BBQ, then this set will be more than enough! The set contains a good variety of meat that you won’t normally find at your local supermarket, giving your BBQ party an extra touch of awesome! Preparing the meat and cooking is also pretty simple --- perfect for BBQ beginners! We hope you try out these tips and recipes, and as always HAVE FUN!

Back to top page